A day at the Pipiripi Museum 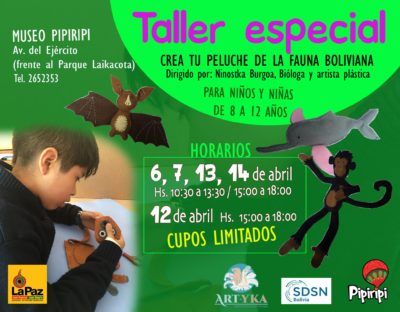 For SDSN Bolivia the Pipiripi Interactive Children’s Museum, under the tuition of the Municipal Government of La Paz, has become a strategic space that allows the involvement of the smallest city dwellers in the efforts to achieve the Sustainable Development Goals (SDGs).

Every Saturday, Sunday, or holiday, the museum welcomes approximately 1,500 children. Many of the visitors embark on trips from the city’s peripheral neighbourhoods, which sometimes do not have access to such basic services as drinking water or sewage.

In the absence of spaces that effectively promote psychomotricity, creative exploration, ecological awareness and respect for urban spaces, SDSN Bolivia proposed to contribute to the sustainability of one of the only spaces enabled for the youngest inhabitants of La Paz, in which children can socialize with their peers in an environment of positive stimulation. 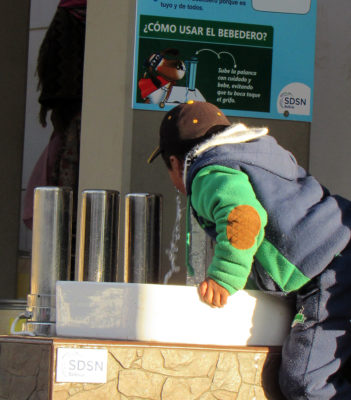 Until 2019, the thousands of children visiting the museum daily, did not have access to drinking water on the premises, so SDSN Bolivia sponsored the installation of a drinking fountain that allow children to hydrate during the several hours they spend exploring the museum. The water that is not drunk, is collected and channeled to another water tap where children can wash after playing in the sand boxes or working in the urban gardens. After that, the water is again collected and used to irrigate the green areas of the museum, so nothing is wasted. The people in charge of the maintenance and supervision of the facilities contribute greatly and creatively to the sustainability and efficiency of small but high impact projects like this. 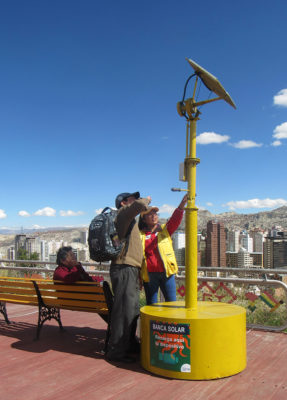 The installation of a solar-powered cell phone charging station was also sponsored by SDSN Bolivia. The utility of the Solar Station, as well as the implicit message of environmental responsibility and the possibility of generating clean energy from the sun, make this installation a success both among adults and children. 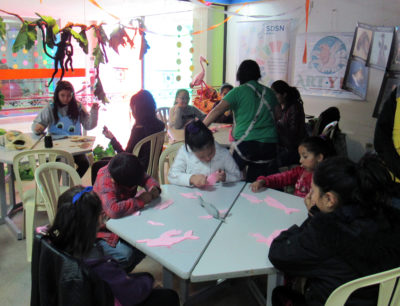 The cooperation between the people in charge of the museum and SDSN Bolivia does not end there. Emphasis was also placed on diversifying educational activities. Along these lines, the proposals of creative scientists, who are passionate about teaching children about biodiversity and environmental responsibility were well received and supported. 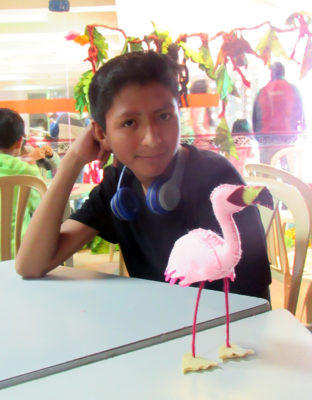 Workshops that teach children of all ages to create their own stuffed animal in the form of threatened species that inhabit the different ecological areas in Bolivia, achieved a resounding success. Not only were children keen to pass the needle and thread through the spots indicated on the fabric, but we have also seen adults concentrate for hours while listening to the biologist explain the characteristics of each animal and their important roles in the Bolivian ecosystems. 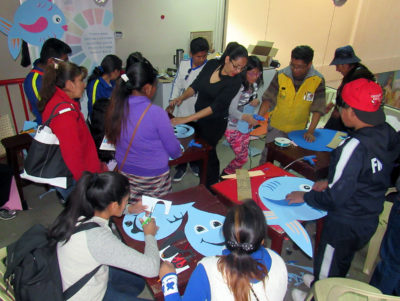 Complementary activities reinforced the messages about environmental and social responsibility. Through games and fun, parents and children enjoyed making crafts together, while learning and raising awareness about ecological issues. 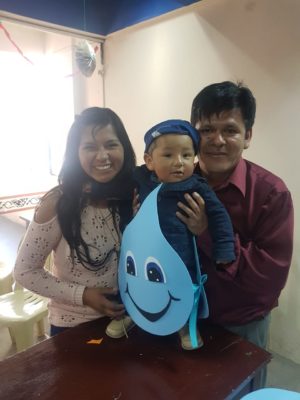 The workshops were delivered with great success during the two weeks prior to April 12, when the international children’s day is celebrated in Bolivia. This year, as expected, the Museum was filled with thousands of children eager to explore, learn and have fun. In anticipation of this, SDSN Bolivia’s office moved to Pipiripi and offered yoga for children. The exercises and movements of elongation and deep breaths little known in public educational spaces were welcomed by those who decided to join us. More than 90% of the participants had never practised yoga and a similar proportion had never heard of this discipline until that day. 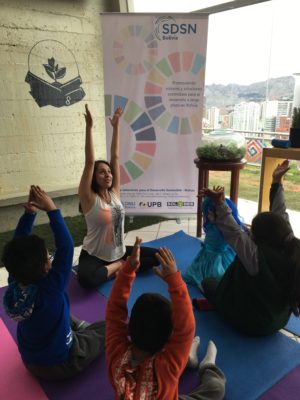 The children received seedlings, planted in recycled aluminum cans, containing messages corresponding to each of the 17 SDGs. The activity was designed in such a way that the children could learn to take care of their body, their mind and the planet, as well as each other. 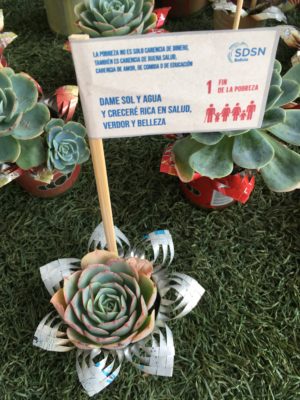 We learned that the seed of awareness that we try to plant in governments, businesses and institutions has a very fertile ground in the younger minds. Every child involved in our activity took home a plant in their hands and, by the looks in their eyes, a seed of awareness in their consciousness.

After this experience, in SDSN Bolivia, we understood that making children aware also provides solid ground to work towards the goals that the entire globe aims to achieve by the year 2030. That is why we hope to carry out a second round of activities at Pipiripi by the end of the year.

On the other hand, the installation of elements such as the drinking fountain and the Solar Bank could benefit other urban spaces in La Paz. 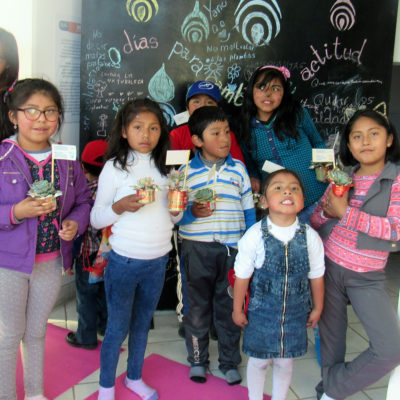 Anyhow, the museum that decades ago was born as Kusillo, financed by international cooperation agencies, is now the responsibility of the Autonomous Municipal Government of La Paz and of the population that decides to give it the importance that we believe it deserves. The scarcity of resources has affected the transition of the museum today known as Pipiripi. However, thanks to the people who are dedicated to revitalize and reinvent the place, today there is a space with great potential to improve the experience of being a child in the city of La Paz.